This smaller design became the Freedom Class, while the larger one was to be the famous Constitution Class. Where their larger sister class was typically assigned a five year mission, the average duration of a tour for a Freedom Class vessel was two years. But as a smaller alternative to the Constitution Class, Starfleet was able to construct Freedom Class starships at a greater rate, so what little they lacked in flexibility in comparison to the Constitution Class, they made up in numbers. And between the two classes Starfleet was able to bring their fleet of Cruiser-type ships back up to the strength it had before the Tomobiki Class suffered so many losses in the course of their duty.

Freedom Class ships have undergone a few major refits during the length of their service, until finally reaching the current configuration in the mid 2270's. 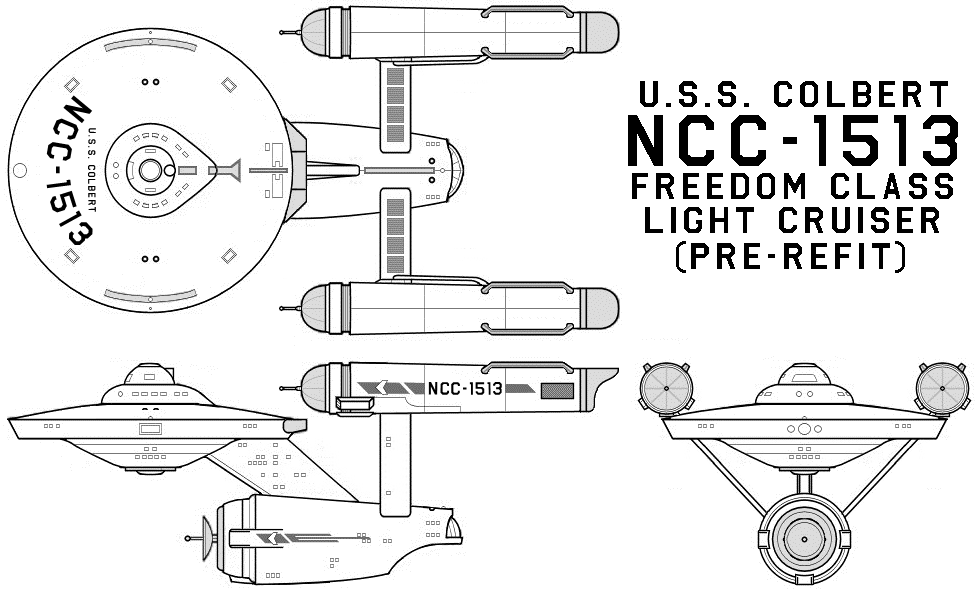